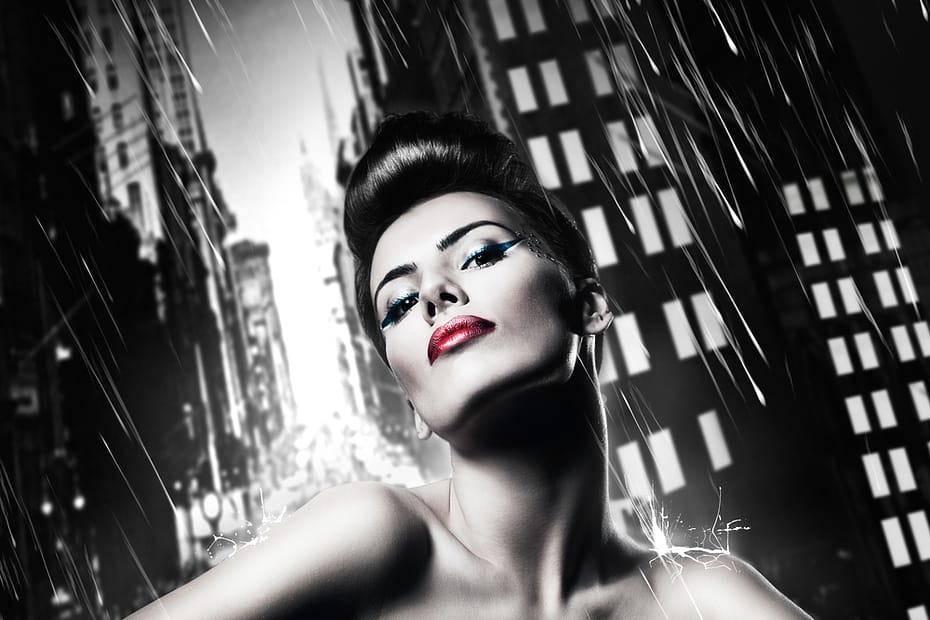 Characters have always been a struggle in my writing. What do they want? Why do they want it? What have they endured in the past that has put them in the position they’re in now?

I have…opinions, on the types of motivations that frustrate me the most. So I thought I would share five of them. Five tired, frustrating character motivations, and why they don’t work.

Disclaimer: writing, of course, is super subjective. It’s impossible to say definitively that anything doesn’t work. Even the crappiest clichés can be done justice. So if any of your characters are motivated by any of the points on this list, don’t be discouraged, and don’t assume it means you’re doing it wrong. These are just some motivations that I personally tend to find tedious and a bit irritating, because I don’t see them done right very often. Who’s to say that you aren’t the person who can do it right?

The “Evil Because Evil”

What Is It? A character is evil because they like being evil and causing pain to as many people as possible. Their entire goal is destruction just for the sake of destruction.

Why It Doesn’t Work. It’s lazy and cheap. Sure, there are times you can make it work. Maybe your villain has been through some shit and it’s driven them to insanity. Maybe they’re in some sort of religious cult that believes destroying the world will save everyone’s damned souls, or an organization that believes purging humanity is ultimately the best thing for the planet. I’m thinking in particular of Quarantine 2, which wasn’t the greatest movie, but was interesting in that it featured a bio-terrorist seeking to infect the entire human population and wipe it out to save the environment. Granted, it’s not a very nice way to go about it, but at least it’s a reason that’s a bit more nuanced than just, “Me like people go boom!”

Here’s the thing: pure evil exists. Some people, no matter how well they are raised or how decent everyone around them seems to be, just enjoy causing pain. And a character like that, one who entirely lacks empathy, can be a really interesting (if terrifying) one. This is especially true in horror books and movies. How do you counter someone you can’t appeal to emotionally?

But the “evil because evil” character often tends to be cartoonishly so, to the point where it doesn’t explore what it means to lack empathy, but just lazily makes a character the villain instead of finding an adequate reason for them to be one. There’s a huge difference between “exploring the psyche of someone who genuinely doesn’t value human life” and “I needed someone to be the villain in this story, but I couldn’t bother to flesh out the character, so I’ll just throw in someone who likes being evil to add some conflict.”

What Is It? Dead family. Dead soulmate. Lost home. Beaten, battered, and bruised over and over and over again. Tragedy abound. The character has lost everything they’ve ever loved. They don’t know what they’re living for anymore. Are they living at all? Probably not. But if they’re an important protagonist, they’ll bounce back somehow.

Why It Doesn’t Work. ANGST. So much ANGST.

On its own, this is fine. Someone with a tragic backstory would reasonably want revenge, or some sort of retribution for everything they’ve lost, so it totally makes sense as a character motivation.

What I dislike about it is that it’s so common that it becomes the entire personality trait of characters. We don’t know anything about them other than “angst.” We often don’t learn anything about those they lost or what their life was like before tragedy beyond a few vague flashbacks (bonus points if it’s a flashback on the beach, with laughing kids and a happy spouse).

I think my issue with this kind of motivation is that it becomes the end all be all for everything the character is. He/she is brooding and wants vengeance. Boom, done. No fleshing out needed. They become their suffering, without the reader ever getting to really understand that loss with them. And because it’s such a common trope, it becomes harder to see that character as an individual struggling with tragedy, rather than “oh, he/she is that character.”

Not a bad motivation by any means. But a motivation is only part of a character, and it doesn’t even work if we don’t get to know anything about the character otherwise.

What Is It? A character’s entire motivation is getting their uninterested crush to notice them. They are willing to go through hell and back to impress this person who—in the end—they finally realize is not the one for them and couldn’t care less about them. Or, worst of all, they succeed and their crush finally does notice them after some silly shenanigans that include almost getting arrested for stalking, breaking into their crush’s house, stealing their crush’s personal belongings, threatening their crush’s current significant other, and other fun mishaps. Tee-hee.

Why It Doesn’t Work. It sends a bad message, for starters. Hopefully the story ends with the character realizing that they deserve better than to have to pine after someone who doesn’t even know that they exist. But if it doesn’t, it validates a whole bunch of problematic messages, such as “if you follow them around enough, they’ll fall in love with you too” or “she only dates assholes, so you have to show her that she can do better by dating you” or maybe even “she doesn’t know what she wants, so ignore her boundaries so you can get her to understand her the way you do.”

I know fiction obviously doesn’t need to be the most realistic thing in the world. But no matter how unrealistic a story is, there are themes and messages that readers will inevitably take away from it.

For those who need to hear it: you are worthy of love, and to be valued for who you are. You don’t need to pretend to be someone you’re not to impress someone, and you definitely don’t need to turn into a creepy stalker because you’re convinced that the person you’re in love with “just doesn’t get it yet.”

What Is It? A character is motivated by the fact that they’re a fucking idiot and they somehow managed to horribly botch communication with someone they care about, and now they have to fix what they hath wrought.

Why It Doesn’t Work. This is usually used to create tension between the protagonist and a loved one, most likely their significant other. Maybe they hide this important information because they fear how the other person will react. Maybe they hide it because they want to “protect” the other person by keeping them in the dark, which almost always puts them in more danger than if they’d just told them what the hell is going on in the first place.

Call me crazy, but I would assume that two people who love each other very much would be able to communicate their problems and concerns with one another rather than hide information or forget details to the point where every single obstacle in the story is because they left out something that’s kind of important for the other person to know. If their relationship is not the type where communication between partners is extremely important, then that’s its own issue.

I hate, hate stories like this because, while it’s an easy way to create the conflict you need to get the story going, it’s also so incredibly frustrating. And most reasonable people reading your book or watching your show/movie would just be thinking, “Why didn’t he tell her this? It would be so easy to just tell her!” the entire time. Most readers don’t like to see characters suffering. If you make them suffer because they’re that much of a goober, it’ll make the whole story more frustrating than satisfying, and will make your protagonist less likable and more irritating.

Simply put, the “I messed up by being a poor communicator, and now I have to go through all of this just to fix my own easily avoidable fuck up,” is an absolute pain of a character motivation. Tread carefully.

The “I Have Unique Abilities, But They’re Such a Burden, and I Just Want to Be Normal”

What Is It? A character is living an…unusual life. Maybe they come from a family of magical beings who have to hide what they are from the rest of the world. Maybe they’re secretly royalty, brought to our mundane world as an infant to protect them from dark forces on their home world. Maybe they’re a superhero. Hell, I don’t know.

Whatever the case may be, the character just wishes they could be normal. They can’t control the strange and incredible powers they’ve been given, and all they want to do is go to school like a normal kid, get a job, fall in love, raise some kids, and die like the rest of us. Fun.

Why It Doesn’t Work. I’m not saying it doesn’t make sense as a character motivation, particularly if the character is dealing with a supremely messed up reality that us normal folks are blissfully unaware of. The problem is: we, as the readers, are normal. We don’t have cool powers or hail from a magical realm where anything is possible. We are just us. And we read to experience something magical and beautiful, something that we will never get to see ourselves. Again, while I’m not saying it’s bad to have a character wish they could live a normal life, it is something that can get really stale really fast if you’re reading about a character who can shoot fire out of their hands or bend reality just by willing it, and all they do is complain about how they never wanted these badass abilities.

I think this motivation works when the bizarre, supernatural situation the character finds themself in is just all-around unpleasant. But if it’s not, then I tend to have a hard time sympathizing with a character with awesome abilities who doesn’t want them because they want to be boring and normal like the rest of us.

Shiiiiit, give ’em to me, then. I’ll take ’em off your hands.

For this post, I’d like to give a special thanks to the amazing Thanh Nguyen. He’s a close friend of mine who has always been supportive of my various shenanigans, and I’m so lucky to have him in my life. We stream games sometimes, and you can find his Twitch here if you want to check him out! Fingers crossed we can get him to affiliate soon!

Anyway, I may bully this beloved homie of mine, but I do it out of love. And while it’s rare, I do like to show my appreciation every now and then. So thanks for being you, Eipher.

previousChoosing Heaven
nextPhilip K. Dick Does It: A Tale of Overly Long Paragraphs by Ray Daley
Support me on Kofi!