7 Unusual Ideas For a Story Setting 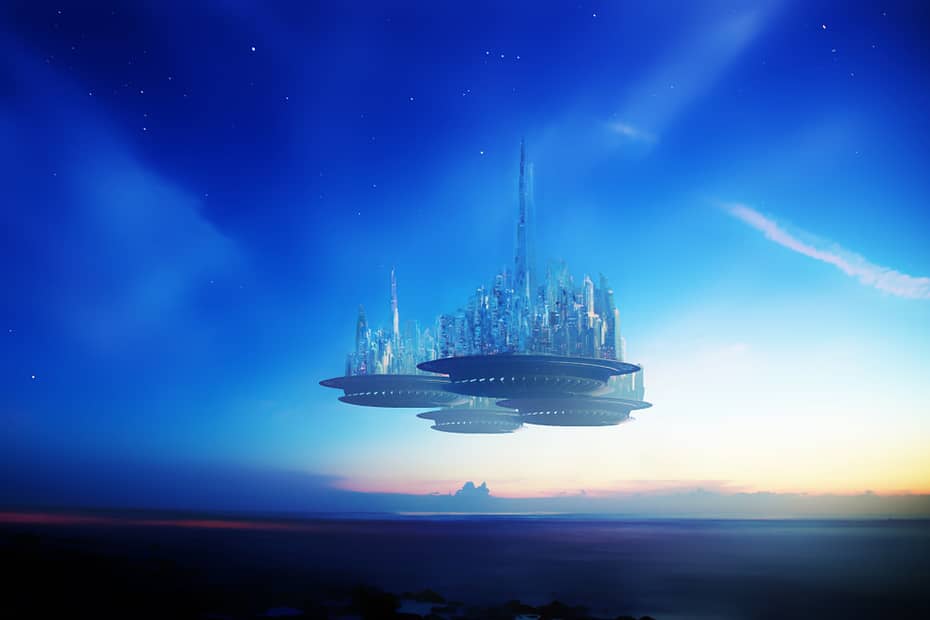 As all writers are probably well aware, there’s a lot of thought that goes into worldbuilding for a novel, short story, web series, or what have you. Often sci-fi and fantasy writers think of things like what their main character is like, how the magic system works, what challenges the characters need to overcome, and so on. But arguably the biggest and first thing that writers think about is the setting. Is the story taking place in our world? An alternate universe? A place long ago in a galaxy far, far away?

There are countless places to choose from, and you can choose from anywhere real or imaginary. So why not get weird with it?

Our first location on the list gets real weird. Yep, we’re getting all Magical School Bus, Fantastic Voyage up in here.

A fun thing about a story taking place inside the human body is the mundanity of it. I mean, hey, we all have a body, right? We don’t really think about how it functions on a daily basis, but imagine an entire story line taking place inside of someone.

I remember reading one of the Animorphs books where one of the main characters is invaded by a tiny race of warmongering aliens, and the rest of the group has to shrink themselves down and enter his body to save his life. As you can imagine, a bunch of teenagers who can shapeshift into animals shrinking themselves down and entering their friend’s body leads to a lot of weird shenanigans. And that’s not even the weirdest the Animorphs series gets.

Yes, the sky! A city floating through the clouds, or maybe an airship that voyages around the world, or hey, maybe a civilization of sentient beings that exist in the clouds themselves. The cool thing about that silly little space between, well, space and the ground on which we live is that you can give it any purpose you want. Maybe there are magical beings or wizards out there who travel the world through the clouds. Maybe we only see the sky as just a bright blue void with a sun, a moon, and some clouds because whatever magic exists among the clouds isn’t meant for human eyes to see.

Hell, maybe your story takes places years in the future where humanity has perfected the flying city. Maybe the wealthiest among us have the luxury of living in the clouds while the rest of us are stuck roaming the earth.

Whatever route you choose to go, the sky is the limit. Ha, get it?

I have always both loved and feared the concept of alternate dimensions. And while I’ve mentioned several times already that you can get really creative with your setting, this is the kind of setting where you can really, really go nuts. You can make your world exist in a dimension that is a far removed or as close to our own as you want. Maybe it’s an alternate dimension where nothing is different from ours except everyone has noodles (*noodle noises*) for hair instead of, you know, hair.

What about a world that’s entirely the same except for the outcome of one major event, which snowballed to give us a drastically different present time than we know in our dimension? I’m thinking a Love, Death, and Robots’s “Alternate Histories” kind of thing, where Hitler dies and suddenly the future is…different. Very different.

Those separate dimensions could even clash in some Rick and Morty style mess of confusion and chaos if you really want to push some boundaries. But truth be told, my favorite way of looking at alternate dimensions is just exploring the different ones and seeing how even the smallest of changes could have an enormous impact on human kind (or maybe it’s not even human kind in another dimension. Maybe we’re dog people or rat people or demon people).

What better way to tell a cool story than by merging two different storytelling mediums?

Of course, video games work very differently from your standard setting because you aren’t only working with the actual location, but possible mechanics that shape the abilities, the fighting, the power levels of characters, the behavior of characters (for example, do we treat NPCs as just your usual side character or do they act as bizarre as a poorly programmed NPC in an actual video game would act?), and so on. It gives you limitations, but also so much more to work with depending on the kind of video game you decide to model your story after.

While Wreck-It Ralph is a merging of film and video games, it’s a good example of how creative you can get with it. Perhaps your protagonist is a misunderstood video game villain programmed to be bad even though they don’t want to be. Or maybe your protagonist is an NPC who gains self awareness. Maybe they’re just a normal person who gets trapped in a video game somehow, and your story explores all of their adventures in a strange, programmed new universe. Or how about instead of one person finding themselves in a video game universe, the entire world they already know gets turned into one?

Some of the most fun kinds of settings for an exciting and dangerous adventure are the kinds of settings where you wouldn’t expect much danger or excitement. When you think of “utopia,” you think “perfect,” “peaceful,” “without flaws.” But nothing is without flaws, and dark secrets are sure to be hidden beneath the surface of even the most beautiful and thriving civilizations.

I could go on about how a story like this could be a good allegory for American exceptionalism and how ignoring the flaws of our civilization or assuming that we are somehow above the usual problems that plague nations and cause their downfall just allow those flaws to fester until we have no choice but to address them or risk total destruction.

Instead, I’ll just say that it could be fun to write a story about the problems that a society we might consider a “utopia” is dealing with. There’s plenty of dystopian stories out there, but what about utopian dystopias? Or utopias that really are perfect, but only because of some hidden task or trial that the heroes must overcome.

In any story involving a utopian society, you have to ask yourself: is it really a utopia? And at what cost?

Another example of a “paradise gone wrong.” What if your story took place in Heaven, or whatever version of eternal paradise that exists in your world?

I’m particularly thinking about this in terms of a horror story. We all want to believe that the afterlife is a beautiful utopia, a peaceful eternity to end one’s mortal life. At the very least, we all want to believe that there’s nothing after life. That we just cease to exist, cease to feel, cease to think. But if the afterlife exists, if Heaven exists, but it’s not the paradise we all hoped it would be, what does that mean for humanity? For all mortal beings? If being a good person lands you somewhere even worse than what we imagine Hell to be, then what’s the point of being good at all?

But if you would rather not give your readers an existential crisis, you could also go the route of a story like the Diablo series, where Heaven arguably is paradise but it’s run by arrogant douchebags whose negligence as a result of their hubris gets it invaded by the forces of Hell.

The point is, try taking something as beautiful and perfect as we imagine Heaven to be, and make it something a lot more chaotic and a lot less peaceful.

Shrunken Down in a House (or Other Mundane Location)

Yet another “mundane” setting turned up a notch. These kinds of stories are a bit more common than some of the others on this list, but I think it’s such a fun premise that we should be able to see a lot more of.

Imagine taking something as simple as a house, a backyard, a park, a school–wherever you want it to be–and making it a vast landscape that the heroes have to navigate to reach their goal. Are they naturally tiny and your story gives readers a glimpse into their lives as they scavenge or hunt for food, stitch together their own makeshift clothes, and try to build some semblance of shelter all without being seen by the evil monstrous humans (a la The Borrowers)? Are your protagonists humans who live in the land of giants or somehow found themselves trapped there? Or are they just your average people with average lives who were shrunk down thanks to some mad scientist shenanigans and have to find a way to unshrink themselves (a la Honey, I Shrunk The Kids)?

There’s a lot you can play around with here to turn something like a kitchen counter into prime scavenging locale or a backyard into a dangerous no man’s land. The people may be tiny, but their story can be huge and that’s what makes a setting like this so fun and full of possibilities.

And that’s it! Did you like any of these settings in particular? Do you have an idea for an unusual setting for a speculative fiction story? Let me know!

You know when you have those late night ideas and decide, “Hey, let me implement this now”? Yeah, I had the idea to do NOODLE NOOOOOOOISES, or quick little shout outs to Patrons past and present who are Peeved Pasta and higher!

For this post, I want to give a special thanks to Shaine Greenwood, a dear Twitter homie who pledged a whopping $50 to The Angry Noodle!

He is a wonderful writer friend who happens to have a Patreon of his own! He also runs The Void Cow Twitter account, where he posts a story that develops entirely through Twitter polls that you can vote on!

I can’t stress enough how much I appreciate your support, Shaine, and how proud I am to see such a fun story grow and progress. For my beloved readers, please give him a follow!

previousPersonality Quiz: Which Popular Fantasy Character Trope Are You?
next10 Awesome Generators That Will Boost Your Creativity and Effectiveness
Support me on Kofi!