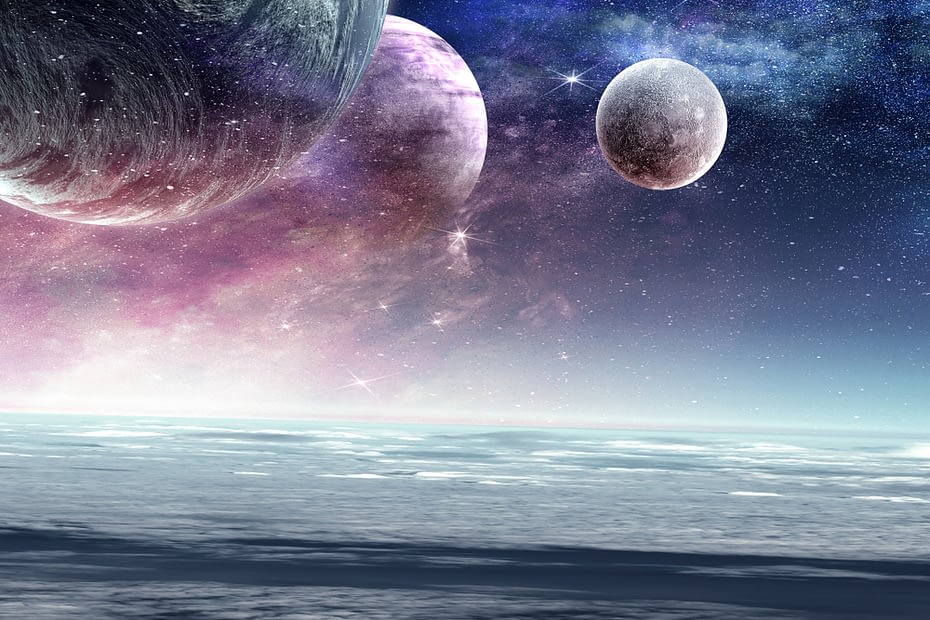 I guess this is kind of similar to my In Defense Of series that I tried to start…wow, it’s been over a year since the first one. So let’s pretend that this is a continuation of that, and that I am capable of finishing what I start.

Patrons voted, so today we’re playing devil’s advocate. Except instead of advocating for fascism or racism or something, we’re just defending tropes that tend to get a lot of crap from the writing community. Or maybe they don’t, but we see them a lot and I’m here for it.

The Large, Shadowy Corporation That Rules the World

The evil corporation is a staple of science fiction. Think Resident Evil’s Umbrella Corporation, responsible for the development of biological weapons–including the T-virus, or District 9’s Multi-National United, a weapons manufacturer responsible for containing the alien refugees and keeping them in slums. There are countless other examples in science fiction (dystopian and cyberpunk in particular), but while the impact, methods, and even motives of these corporations may vary from story to story, the trope usually remains the same: a huge, massively influential corporation with more ambition and greed than empathy, setting in motion the events of the story.

I like this trope because it’s timely. So very timely. Be honest, do you really think a huge company like Amazon or Nestle wouldn’t risk the health and well-being of their own customers, workers, or–hell–the entire world for the sake of profit and power? We know they would, because they do. We are damn lucky no one has invented and weaponized a zombie virus yet, because one of those silly little rascals would be all over it if it meant they’d make some quick cash.

And something that I think is getting explored more and more in spec fic is the incredible power of public relations and how corporations use it to justify and defend the indefensible. As we notice the PR at work, we start to see through the fog these corporations have kept us in, and using the “evil corporation” trope is a fantastic way to demonstrate how easy it is to fall for the pro-corporate propaganda.

So yes, I advocate for this trope. And I think the further down this road we travel, the less it will be “speculative” or “fiction.”

I think at this point, superpowers or any kind of supernatural abilities are seen as cliché because of how they’re presented: usually in a Marvel or DC kind of scenario with superhero teams, supervillains, or some kind of world-ending threat that the scrappy heroes have to contend with.

It has gotten to the point of being cliché. And while I was not a big fan of Brightburn, I did like the premise of it, and I was obsessed with The Boys when I watched it because they both felt like a fresh perspective on the classic superhero story. The truth is that there’s a ton of untapped potential in the superhero genre. The genre itself is not a cliché, just the way it tends to be used. And…not gonna lie, I’m here to defend the clichés, so while Marvel and DC-style ‘superhero team comes together to face a huge threat’ stories definitely counts as cliché, I still like those too. Hey, sometimes you just need a quick hit of dopamine, and your classic superhero battle with lasers and explosions and the heroes triumphing over a great evil is a great way to get it.

But if you aren’t a fan of anything to do with superheroes or superpowers because they all start to blur together after a while, all you have to do is check out sites like Superpower Wiki and see just how many different systems and storylines you can create.

For example, the “some people have superpowers and become superheroes” or the “some people have superpowers and have to hide because the government is coming for them” can get exhausting and redundant, but I love the “everyone has superpowers” trope. And I will once again use this post as a chance to bring up my love of mundane utility. Hell, maybe the way to make this cliché not so cliché anymore is to turn the crazy superpower that baffles experts everywhere into something that’s not seen as so crazy at all.

Whatever the case may be, go nuts with your superhero story. It’s probably not nearly as cliché as you might think.

The Surveillance Government and The Uprising of Nobodies

Not even gonna lie, this one is a huge cliche, especially in the YA dystopian genre. You know the one: the 1984, “big brother is watching you” government where no one is free, everyone is forced into different arbitrary ‘factions,’ and society is separated into the “haves” and the “have-nots,” with the “haves” living more extravagantly than anyone would ever need while the “have-nots” live on the brink of starvation.

That sounds…familiar. Huh. Where have I heard of that before?

It makes a lot of sense for this to become a kind of cliché. From Scott Westerfeld’s Uglies to Veronica Roth’s Divergent to Suzanne Collins’ The Hunger Games, the oppressive regime versus a ragtag team of nobodies (usually teenagers in YA dystopias) has a lot of appeal to audiences, especially young readers. And why wouldn’t it? I know I’ve probably beat the topic of us living in a real dystopia to death at this point, but speculative fiction wouldn’t be speculative fiction if it wasn’t a fictional take on the issues we already face. As a young person feeling increasingly helpless living in a world that’s falling apart all around you, why wouldn’t you want to read a book that gives you some measure of hope and reminds you that you can be the one to change the world no matter who you are or where you come from?

Also…I just think it’s fun. Not just for the whole “beating the evil government” aspect, but also seeing different authors’ takes on what this kind of scenario would look like. What are the different factions? Who is the teen “chosen one” and their allies? How brutal is the author willing to get to drive home how scary the government is? How is the regime finally defeated, if it even is?

There’s a lot of factors you can play around with here. So cliché as it might be–as with all things–make it yours, and it’s not a cliché anymore.

The Humans Are the Baddies

Look, I’m a human, okay? I like humans. I’m not trying to give you–I mean, us–a hard time here. But I’m a firm believer in the “speculative fiction as social commentary” idea, and the fact of the matter is that sometimes we suck. We really do.

The alien invasion trope as well as the “humans colonize another planet” trope are both not-so-subtle references to colonialism and the impact that the invaders have on the invaded–not just immediately after invasion, but forever. Unfortunately, the “humans colonizing another planet” trope tends to be painted as a good thing, with the heroes playing the role of the colonizers and the aliens playing the role of the “savage” natives who are not as smart or as technologically advanced as their human counterparts. Oh, and who are also revolting to look at, violent and feral, and therefore entirely deserving of their fate. It’s…it’s just not a good look, man.

And hey, I’m all for humanity accomplishing great things. But colonizing civilizations of living, feeling beings is–and I cannot emphasize this enough–not a great thing.

Do I believe that humanity would colonize planets of other beings with fewer resources? Absolutely. Because we do it to each other. So I am in full support of the “humans are the baddies” trope because it tends to be acknowledgment that the desire to conquer and destroy is not deserving of praise.

If you like sci-fi at all, you’ve probably heard of the Fermi paradox or the question: if it’s statistically impossible for alien life not to exist, then why have we not seen or heard from any civilizations aside from our own? Simply put, where did everybody go? And as our own technology has continued to advance and we get closer and closer to traveling to Mars someday, how have we still seen virtually no concrete evidence of intelligent life elsewhere?

Scientists theorize that the reason we’ve never encountered other sentient lifeforms is that they 1. are just too far away for us to ever see them, at least in our lifetimes, 2. aliens just don’t want to talk to us or believe we are not worth communicating with, 3. we really are alone in the universe, or 4. there have been plenty of alien civilizations rising and falling throughout the universe, but they have all inevitably destroyed themselves before getting the chance to explore the cosmos and communicate with anyone else.

I’m sure you can see where this is going.

The ‘destroyed alien civilization’ trope may be something of a cliché, but it’s effective in how terrifying it is. Plenty of opportunities to give your readers an existential crisis and have them questioning the meaning of life a la Prometheus and the Engineers or “Metalhead,” that one episode of Black Mirror with the robot dogs destroying their own creators and civilization as we know it.

Ultimately, this “cliché” makes us ask ourselves: is self destruction inevitable for any society? And if it is, when will it happen to us? And what will finally do us in?

For this post, I’d like to give a special thanks to the amazing John Dandelion, Patron and writer of stories set in Damia, a magic world featuring a Greek-inspired, light solar-punk, unique magic system. John has been a delight to talk to and I had the pleasure of reading his short story “Magic Farming” a while back. You know I love some good worldbuilding, and the worldbuilding here is something I can’t wait to see get expanded upon.

He joined my Patreon with a lovely post that just absolutely made my day. He’s been an incredibly supportive writing homie who I am blessed to have met on the silly bird app, and I’m so glad I did. Thank you so much, John!

previousTop Questions To Ask When Building Your Fictional City (The Sequel!)
nextSimple Solutions to Writers Block