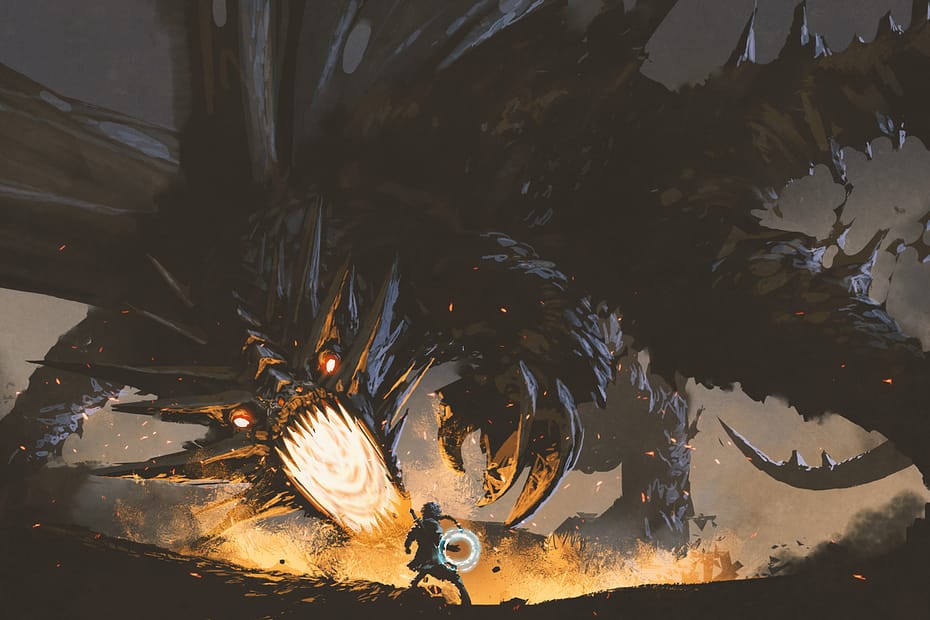 When it comes to world building, most of us think about settings, creatures, and places. When honing in on the creatures aspect of creating with our words, often times we will resort to describing how something looks to the reader, the famous ‘show don’t tell’ ideology. However, sometimes you can really add to a creature by describing the sounds it makes. Think about it. Many people were fascinated by the sounds of dinosaurs, or rather, what they could sound like. But we don’t have to look to the past to find eerie, or positively gorgeous sounds for our fantasy creatures. There are some sounds you might have never heard before that might work for the menagerie of mythical creatures in your world as well. This article is going to explore some of those sounds, and what sort of creature they could possibly be used for.

In terms of bird calls, there are so many that, with just surface research, you can render something truly eerie–especially if you combine them. I’ve gotten lost in my fair share of odd youtube videos, and among the most fun are the world’s weirdest bird calls. The first bird I’d like to bring attention to, however, is the barn owl.

When you look at the barn owl, you wouldn’t think it has the sounds that it does. Some eerie, high pitched song, perhaps, but not the scream of a banshee. However, that is exactly what they sound like–and they can be applied to a variety of creatures. I would describe this as “a scream that shakes the very core of your soul, or the cry of a barn owl.” Come to think of it, maybe the owl’s look does match up to the screech. For, to be honest, it does look rather spirit-like.

Here’s some ideas where the barn owl screech can be applied:

Here’s a fun fact: Tasmanian Devils might have a fighting chance against the horrible cancers that have been decimating their populations. The more you know! Now that you know some good news, it’s time to delve into the sounds of these rather aggressive marsupials.

I actually have this animal in my series as a shapeshifter. I love describing her roaring screeches, a different flavor of sound from the barn owl. I would say a high-action, extremely aggressive creature would fit a ‘snarling, claws-on-stone-like scream similar to the Tasmanian Devil’ tag. It’s a noise fit for a larger creature than it emerges from, so you can have fun with describing a sharp-toothed, fur-or-scaled-spiked being with wails that virtually shred your ears apart. Unlike a ghostly-horror creature like the barn owl, I think the mythical beasts or aliens these sounds fit for would be more attuned to war-like battle creatures. Here are some applicable mythical beasts for these sounds:

I honestly don’t know why ‘loon’ is an insult, but I sometimes use it myself. Just so, they have a super unique sound to them, and it’s haunting in a way that the other two on the list don’t hope to encompass. Instead of an eerie screech or aggressive yells of the Tasmanian Devil, it sounds almost…otherworldly.

Now, I discovered the sound of this bird from the video I mentioned earlier. Here is the sound of the black-throated loon from the video, with a timestamp. I honestly had no idea this is how they sounded prior to this video, but I was utterly captured by how odd it sounded. I think this sound descriptor would be fit for a much less aggressive creature. Perhaps an ethereal being flying across the sky, announcing its presence with the “blanket of starry calls like the cry of a loon”. Sure, without context people might be confused at first, but active readers might be amazed. I always imagine something celestial or ‘dripping stars’ when I hear that call, for some reason — meaning it’d be a good match for sci-fi too. Here’s some mythical beasts these could apply to:

It’s an understatement to say that people don’t usually think of reptiles when it comes to… ‘barking’. But an unusual species known as Ptenopus can do just that. The calls are used for territory defense or to attract females, as most unusual calls go. Of course, these little guys aren’t exactly ‘fierce’, but they have gumption.

The bark of this gecko would be fit for a rambunctious little creature, I feel. In a sci-fi setting, tiny aliens that possibly snatch resources, or communicate back in forth with the little barks, could be a neat critter idea. Even making them bipedal geckos would be cool, and no, I’m not making the joke everyone wants me to! But really, tiny two-legged reptile things in either fantasy or sci-fi could be neat. They don’t even have to be reptiles, it’s just unusual to see a reptile sounding like this. I always imagine such a fantasy creature with “the itty bitty yelp of a barking gecko” to be small, but imagine a fantastically large critter that sounds like…well…that. Here are some examples:

Let’s face it–bugs can get loud. It’s not strictly the first think people think of when considering ‘loud animals’, but if you’ve ever been outside on a summer night anywhere in a warm climate, you’ve likely heard the “screaming of insects”. The Katydid is no exception to this. These leaf-looking bugs might blend into the forest, but boy they can be loud when they want to be.

The interesting thing about this member of the list is just how loud and surprising I feel it is, because of how the bug is meant to blend into its environment. One moment, it’s a leaf, the next moment, it sounds like a higher pitched chittering noise. If I heard this in the wild, I wouldn’t think ‘bug’, I would think some sort of rodent. I think a good match for this one, the “chittering like the rapid shouts of the katydid”, would be for an unexpected beast. Something blending into its environment, but say a body part is stepped on, then suddenly, WHAM, a wall of very unhappy sounds. That happened to me with a squirrel once, actually. One started chitter-yelling at me in a way I never knew how squirrels sounded, and I think it wanted to take me on. It didn’t. The point is, the unexpected nature of this one is what takes me. Here’s some ideas to utilize:

I could make an entire list of ideas on bird calls alone, or any critter-type, really, from what I’ve presented here. I wanted to give a sample, however, to get brainstorming going on just how neat it could be to utilize the various sounds of animals in world building. Hope you enjoyed, and hope it struck some thoughts!

Des M. Astor is a fantasy author who is fascinated with biology and melds this subject into her work as seamlessly as possible. She enjoys coming up with ways to explain fantasy creatures through biological means–and does so with her works, one of which is a dystopic urban fantasy novel series known as The Kingdoms of Blood. She takes the most pride in her twist on vampires, which are living humanoid entities, sister species of humans, that operate as beings reliant more on biological explanation than magical (though there’s no absence of magic in her works either, of course!).

therealdesastr.com/
You do not have any posts.

previousUnderrated Mythical Creatures That Deserve More Attention in Horror
nextFun Ways to Subvert the Chosen One Trope by AK Nephtali
Support me on Kofi!