Friendly Mythical Creatures We Should “Horrorify” 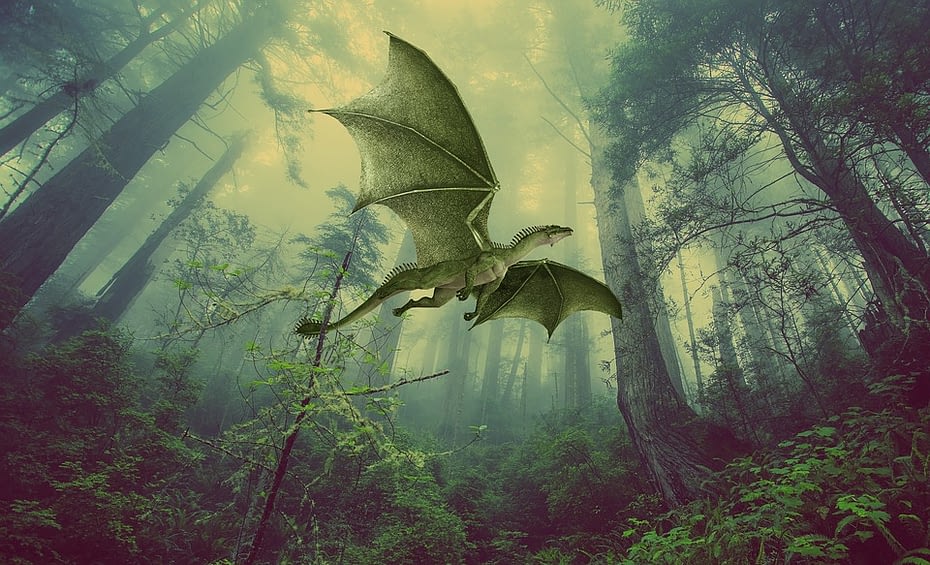 This post was inspired by Sirius Editorial, an online fiction, nonfiction, and poetry journal who also happens to be a Twitter buddy. If you’re interested in their cool and helpful posts like What You Should Know About Writing Fiction … or Anything at All, or trying out their editorial service, check them out!

When I put out a Twitter poll asking Twitter homies which post they’d be most interested in reading (this one won, of course), Sirius Editorial suggested unicorns as one of the creatures to add. And it made me think about how absolutely cool it would be to make a post about traditionally “friendly” and “cuddly” mythical creatures and give ‘em a bit of a horrific spin, if you will.

What Are They? Magical horses with a horn on their head, believed to have healing properties that could even be powerful enough to bring the dead back to life.

This one might probably end up being more of an awkward B-movie or satirical horror novel than a legitimately scary horror story, but hear me out: That pretty horn on their head also makes for a very convenient weapon. See The Cabin in the Woods if you don’t believe me. It would also be pretty ironic that the horn that’s supposed to have healing capabilities could instead be used to impale someone. Just saying.

If you wanted to go further than just a quick scene where a unicorn impales a scientist à la Cabin in the Woods, you could create a warped and twisted version of the unicorn where instead of having healing properties, its horn instead causes decay. And instead of healing someone back to life in a beautiful fairy tale-esque way, they can instead resurrect someone necromancer-style and create an army of zombies.

Yes I’m writing this all sober. Don’t judge me.

What Are They? Magical beings that dwell in inanimate objects (though we know them for being trapped in lamps) and can grant wishes if you play your cards right.

I don’t even think it would take much effort to turn a djinn into a scary movie villain. They have the power to warp reality itself, and while they are bound to an object in popular culture and forced to serve whoever frees them from that object, that’s a relatively new take on them. In the actual mythology, they have free will. Whether that reality-warping power comes with the free will is something I couldn’t really figure out.

So there’s a couple of ways you could handle this:

What Are They? Holy winged beings who serve the highest being in the universe (whatever your religion interprets that to be).

Angels, depending on the interpretation, can be crazy powerful. They are also deeply devoted to God. There’s been some different, scarier versions of angels where they get a little too wrapped up in their quest to purge evil from the world, to the detriment of humanity, so a warped sense of justice could definitely be one way to turn a story about the holiest beings known to man into a horror.

Or maybe the protagonists could be dealing with a fallen angel who’s just not very nice and not very happy about being cast out of Heaven. Okay, that one’s been done before. But has it been done in a horror movie kind of way? I don’t think so.

You would need to tread carefully, but there’s also a lot of commentaries you could make about the abuse of religion and the manipulation of something that’s meant to make you live as best and as pure a life you can into something that lets you judge everyone as less than you and condemn everyone who isn’t exactly like you to hell.

Origin: All over Europe (Celtic, Slavic, German, English, and French, according to the Wiki)

What Are They? The mythology around them varies (probably because of how many origins they have), but they’re commonly known as “fairies,” tiny creatures with a humanoid appearance save for their size and butterfly wings. They’re known for being mischievous, but just how mischievous they get also varies. And that’s where the horror part comes in.

If you know your mythology, then you know that the fae can be a lot worse than many kids’ shows and movies make them seem. They like playing pranks on humans, and they really like getting revenge on those who have wronged them. Hell, if you’re someone who isn’t to be messed with, you might have gotten Fae as your result for my Which Mythical Creatures Are You? quiz. You scary.

You know those prank YouTubers who get a lot of flak because sometimes their pranks go way too far and end up being borderline cruel instead of funny? Yeah, that’s fae if you offend them. And what they see as a “prank,” a human might see as, “Oh my God, you’ve killed my entire family and made me watch as you devoured my baby” or “Oh my god, you’ve buried me ten feet underground and cursed me to slowly suffocate for all eternity.”

All I’m saying is, you could write a great horror story about some doofus pissing off a fae and having to navigate all of the “pranks” this fae has in store for them.

What Are They? Similar to humans, but gifted with magic and tend to live much, much longer lives. They’re nimble, fast, often gifted in the arts, and often closely connected to nature.

I’ve noticed that in a lot of fantasy stories, elves are long-lived magical beings who build these beautiful, complex cities that usually get destroyed at some point before the story even takes place. That makes me sad. So why not put a little spin on it and make them the scary, magically-gifted mythical creatures that really know how to ruin human civilizations as thanks for destroying their homeland? Or maybe they’ve always been scary, magically-gifted mythical creatures that you shouldn’t mess with, whose homeland has remained intact and who rule the world with an iron (slender) fist? You could really make all kinds of dystopian horror stories by flipping this racial stereotype around and making the elves the war-mongering magical badasses instead of the peaceful, nature and magic-loving beings that they’re usually portrayed as. Let them destroy homelands for once, god dammit.

Yes, I am bitter about the Night Elves in World of Warcraft having their homeland burnt to a crisp and the writers just saying that their leader getting some cool powers that she barely does anything with means that they’ve successfully gotten retribution for the genocide of their people. And I swear, if they make her the villain for still being pissed about it next expansion…

I should move on.

What Are They? Tree spirits and a type of minor nature deity (nymph in Greek mythology). They tend to be shy and I believe that’s where their reputation for being one of the more harmless mythical creatures comes from.

So there’s this scene in Hansel and Gretel: Witch Hunters where the evil witch really messes up some hunters’ days by basically using the forest against them. This includes:

Now I know, I know: “But Brioche, that’s a movie about devil-worshiping witches, not a dryad!” You’re right, dear reader. But consider the kind of damage a very, very angry tree spirit could do to a group of, say, hapless teens going camping in the middle of the forest and completely disregarding and disrespecting nature. A dryad might not be the same as the witches featured in Hansel and Gretel, but do we often get to see them featured in horror movies and making humans feel their wrath for trespassing on their forest? Not really.

Hypothetically, you could write a horror story about a wrathful dryad with the power to control the animals of their forest and compel them to rip a person apart, or dismember someone with tree branches, or make them eat bugs until they explode. Obviously in a forest, nature is everywhere, so this is the kind of horror story you could get really creative with if you really wanted to.

2 thoughts on “Friendly Mythical Creatures We Should “Horrorify””

previousCommon Complaints About Calling For Representation in Publishing (and Why They Miss the Point)
nextPersonality Quiz: Which Font Are You?