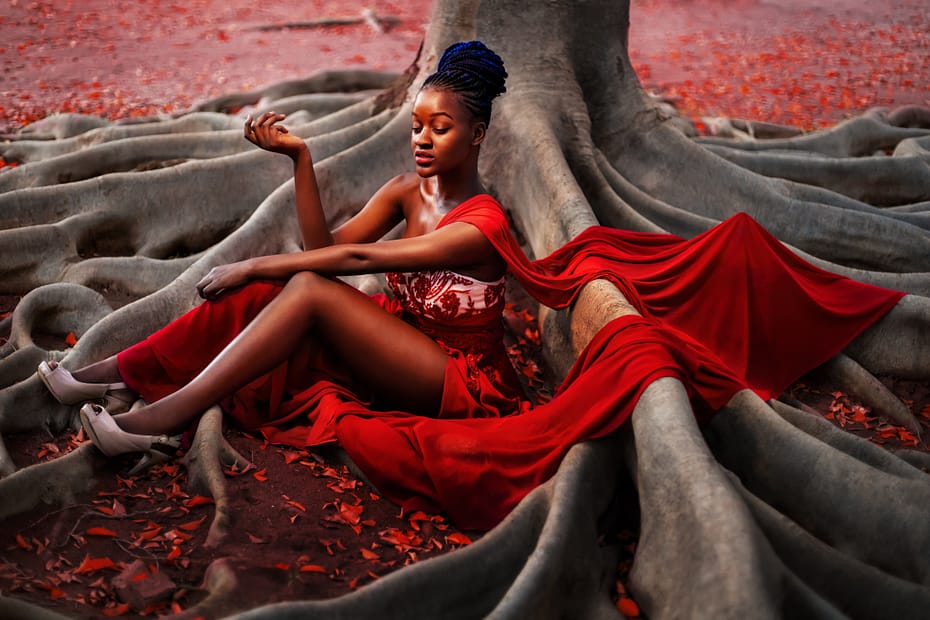 I’m a sucker for a good fantasy romance. Hit me with it. Inject it straight into my veins.

But how exactly do you write fantasy romance? What are the stakes? Is romance always the biggest focus? What obstacles are preventing the happy couple from actually staying, well, happy?

I’m here to provide you four fantasy romance ideas to get the juices flowing. And in exchange, all you have to do is finish that book and send it to me expeditiously so I can get my quick fix.

(Also, I figured out article anchors. It’s been over two years since I started this website, and I never knew how to use them or what to do with them. Ain’t that about a bitch!)

(Please note: These are, as you might have guessed, super raw ideas, intended to give you something to work with or help you make a breakthrough. Feel free to take them any direction you like!)

1. Take a Classic Fantasy Villain and Give Them Some Lovin’

Villains. No matter how evil they may be, we all crave love and acceptance from someone, and these dastardly devils are no exception.

This fantasy romance theme typically comes in the form of a retelling, either from a classic fairytale, a Disney classic, or both (Disney is known for co-opting fairytales quite a bit).

Usually, the wicked witch or the scary monster plots to destroy or rule the world with little nuance, or at most a tragic backstory that nonetheless does not justify their shenanigans. But lately, pop culture has leaned towards giving us their side of the story a little more, which has resulted in a hot trend of classic story retellings told from the perspective of the evil queen herself.

The fact is: there’s two sides to every story. And it’s very easy to paint yourself as the hero when you see yourself that way, and are now free to tell the tale however you choose because your adversary has been defeated and can’t exactly dispute your claims.

What if you wrote about a fantasy “villain” who isn’t a heartless and cruel as the world has painted them to be? Who is just looking for someone to spend time with? Someone who is feared and hated by everyone around them, but all they ever wanted was to be accepted and loved?

If you decide you want to write a fantasy romance involving a villain—especially the retelling of a classic villain, ask yourself these questions:

I’m of the belief that the cutest trope in any romance is the “friends to lovers” trope. A friendship established on trust and affection that organically blossoms into a loving and fulfilling relationship? *chef’s kiss*

So, hey, take it a step further, add a little fantasy romance twist, and make them battle buddies!

Write a story centered around lifelong friends and allies. They have each other’s backs, they know the other’s next move without ever needing to communicate it, and they trust their partner with their life—literally.

When writing a fantasy centered on adventuring partners, mercenaries, or warriors fighting side by side, some questions to consider include:

3. Stick With the Tried and True: Enemies to Lovers

Ahhh, the enemies to lovers. A trope that shouldn’t work nearly as well as it does, but…it does.

It’s not easy as a writer to make your characters do a complete pivot, going from absolutely loathing each other to being madly in love. It takes skill, it takes time, it takes being able to create a dynamic that evolves naturally and authentically, and it takes throwing a lot of obstacles in your characters’ way to force them closer together.

I love books that involve this trope because we’ve all encountered that one person we have to deal with that we absolutely despise. It’s kinda nice to imagine that it’s possible to grow to like someone you initially hated with all your heart and soul. And hey, hate f*cking is a thing, so it’s not exactly impossible.

If you want to use this as an idea, centering your fantasy romance book around characters who start off on opposite sides of the battlefield (whether metaphorical or literal), some questions to consider include:

Note: If the characters are starting out as enemies, I’d advise not to make their hate for each other too strong or too justifiable. For example, SA is a no-no for me (and probably for many readers). Murder of a loved one is also a tough one to contend with as the writer, although there may be ways to work around it if everything was just a big misunderstanding. In most cases, though, there’s no coming back from something like that.

Basically, some things are just unforgivable. It’s subjective, of course, but keep that in mind since you’re trying to make the relationship’s growth feel natural.

4. Magical Power Imbalance: What Happens When a Character Isn’t as Powerful as Their Partner?

A partnership is supposed to be equal. So write a fantasy romance wherein magic or some kind of special ability is either highly revered, or, hell, maybe even the norm in this world, and take it away from one of your lovebirds. How does that affect the relationship dynamic?

I love this one because of how dependent it is on the worldbuilding. And I love me some worldbuilding. This one can also make for a great sci-fi plot, or any plot in a world involving the delightful Everyone Is a Super trope.

One of your partners is gifted with magic. The other…not so much. Maybe one is a magical protégé, destined for greatness, while the other hears the whispers all around them, questioning how the powerless nobody managed to snag such a catch. Maybe magic is the norm, and our magic-less protagonist is shunned by everyone around them until they meet the one person who treats them like a person…who also happens to be an insanely powerful magician.

Or hey, maybe one is just your average guy/gal/non-binary pal, while the other is The Chosen One, the warrior bards sing about and the people worship.

How do you handle this kind of relationship dynamic?

Some questions to consider: